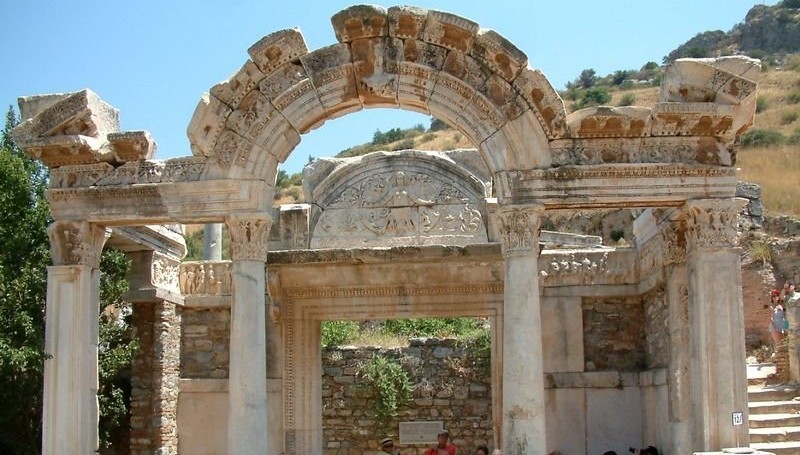 Ephesus tours from Izmir is a very popular activity for tourists visiting this region. Ephesus is situated in Turkey's Aegean Region. The ancient city of Ephesus, which is 5km away from the Aegean Sea, was once much closer to the sea. The sea was connected to the port of Ephesus with a canal from the Menderes River. However, the port was closed many times throughout the history due to the alluvium brought by the same river.

Ephesus is just an hour to Izmir, one of Turkey's most important cities. It is very easy to reach Ephesus from Izmir via highway. Izmir is the largest city in Turkey's Aegean Region and has a population of more than 3 million.

The name of the international airport is Adnan Menderes. Izmir was known as Smyrna in ancient times and its history goes back to 7000 years. Izmir is an important industrial, cultural and touristic city. Izmir is one of Turkey's most modern cities. It is a 45-minute drive from Ephesus Izmir Airport in Selcuk. Getting to Ephesus from the hotels located in the city center takes just over an hour. In fact, it is easy to come from Istanbul to Ephesus. Because there are flights all the year round from Istanbul to Izmir every hour.

Today Ephesus is visited by 2 million tourists from all over the world every year. In today's Selcuk district, the city of Ephesus was established four times in the past. Ephesus, which was visited by the visitors at present, was founded 2300 years ago and had been standing for almost 1300 years in the same area. In the present Ephesus, more Roman works can be seen.

The great amphitheater, the temples of Hadrian, Domitian and Serapis, Boueleterion, Odeon, Pryttanion, Memnius Monument, Oktagon, Hadrian's Gate, Bassus, Trajan, Domitian and Hydriaon fountains and Agora show the life of Ephesus at that time. In addition, the baths, antique toilets, terrace houses inhabited by the rich are worth seeing. Excavations at Ephesus have revealed 3 main streets. These streets usually have a large marble area in the middle and are reserved for vehicles. There were pedestrian paths on both sides, which were colored with mosaics. Behind these pedestrian roads were shops and restaurants on both sides called taberne. Virgin Mary Church and Olympeaon are located in the harbor area of Ephesus. Undoubtedly the most famous monument of Ephesus was the Celsus Library.  Restored and got to the same splendor in the past, this structure has a great impact on the visitors.

We organize private Ephesus tours from Izmir for you and pick you up from Izmir airport or Izmir hotels. At the end of the tour we leave you where you want. The House of Virgin Mary, which is close to Ephesus, St. John's Basilica, Sirince Village, Seven Sleepers Cave, Ephesus Archeology Museum, Selcuk Castle and Temple of Artemis are available in our tour programs.

Do you need an Ephesus Tour?

Check out our most popular tours.